About Us:
Why Choose The Land Geek?

Armed with only $3,000, gut-wrenching fear, and absolutely no real estate experience… Mark bought his first few parcels of raw land in 2001.

Today Mark is the author of Dirt Rich, the ultimate guide to helping you build a passive income. and owner of Frontier Properties, a very reputable and successful land investing company, and has been buying and selling land full time since 2001. By focusing on working smart, not hard, he has completed over 5,500 land deals with an average ROI of over 300% on cash flips, and over 1,000% on the deals he sells with financing terms.

Prior to his land investing success, Mark had a high-stress, soulless corporate job, and felt trapped in a state of solo-economic-dependency (i.e. his income stopped as soon as he stopped working).

Escaping solo-economic dependency changed Mark’s life in so many positive ways that he decided to teach, coach and mentor others to help them achieve their financial goals.

Even though Mark invests a lot of his time helping others, he stays actively involved in running his land investing business, and is dedicated to teaching the most current and relevant “real world” land investing methods to his students. Scott Todd AKA “The Professor” “The Brain” “The Land Geek Sherpa” is an inspiring example of what a person can do to change their life with land investing. Scott began land investing in 2015 and in 17 months and 3 days was able to replace his Fortune 300 Executive VP income.

Scott gives back to the Land Geek community in a multitude of ways. He is the co-host of the Art Of Passive Income podcast. He is the head Flight School instructor. Plus, Scott teaches accounting for land investors and is the founder of landmodo.com, postingdomination.com and investorninjas.com.

He is a pilot and owns his own plane and boat making him a Land Geek special ops land and sea expert. He can be found at a local Panera bread proudly building his land empire on his Microsoft Surface. Erik “The Technician” Peterson began land investing in 2015.  He was able to replace his income and become a full time land investor by the start of 2018. He is a systems and automation expert as well as the Land Geek graphic designer.

Erik gives back his expertise and knowledge to the Land Geek community as a coach, roundtable podcast panelist and runs office hours on Monday nights for our coaching and flight school clients.

Despite his easy going demeanor, his clients will tell you Erik is demanding and will push you beyond your limits to get results.  When Erik is not land investing, you can find him on his Peloton, at his kids sports games, and enjoying all things BMW.

He is married with two boys and loves to haze Mark on roundtable podcasts and is firmly in the #TeamScott corner despite his love of Apple products which he and Mark share. Mike Zaino AKA “The Zen Master” is a true American hero and success story.  Working as a full time fighter in Haverill, MA Mike started training as a Land Geek in 2014.  In his first year, he was able to pay off $40k in debt,and pay cash for his wedding. Today, Mike is one of the largest wholesalers of raw land in the Land Geek community and is an eBay selling expert.

As a result of his success, Mike wanted to give back and coach others.  He can be seen weekly on the Round Table podcasts each Tuesday when he’s not saving lives.  He is also a regular with Scott “Dude Buddy” Bossman and Matt “Fortune 500” Forbes on Nite Cap, a weekly show on Wednesday evenings answering land investing questions with a cocktail and a Zen quote.

Mike is one of the Land Geek advisors that help guide our clients into the program that best fits their needs.  He is a martial arts expert and is not to be trifled with; don’t let his good nature fool you… He is married with 4 children and when he’s not saving lives or flipping land or perfecting his roundhouse kicks he can be found at the health spa with his wife Laura taking a steam, and working on the ultimate shave.  Even though he looks like Ben Affleck and they’re both from Boston they’re not related so please don’t ask him at Bootcamp… Here is Tate Litchfield AKA “Big Poppa” has been a full time land investor since 2015 and has completed over 1200 land deals with over $5MM in enterprise value. Tate is an expert in all facets of the land investing process with a special emphasis on the sales process.

As a Land Geek coach, Tate is famous for combining tough love, empathy, encouragement and continual improvement that his clients appreciate and love. Known for his no nonsense approach to results oriented coaching Tate’s clients get to the next level in their businesses at a rapid pace.

An avid cyclist, cheese aficionado, fisherman and doting father and husband Tate is a true renaissance man. Utilizing his passive income to create more time for his growing family and giving back to the Land Geek Community is how Tate fills most of his days.

Tate also has a tortoise and a secret obsession with Tupac Shakur and Notorious BIG. He also has a song created just for him– listen here Tates song..

You can learn more about Tate in his series LOTS (Looking Over Tates Shoulder) https://www.thelandgeek.com/lots When Scott Bossman, AKA “The Nite Cap OG” and “Dude Buddy,” stumbled into the world of land investing, he had no experience in real estate or business. He was working 40-50 hours a week as a physical therapist but looking for a way to spend more time with his family.

In his search for passive income options, he ran across one of Mark Podolsky’s podcasts and was hooked on the idea of raw land flipping as the ideal passive income model, since it avoids “the 3 T’s” of traditional real estate investing (tenants, toilets, and termites).

Under Mark’s guidance at TheLandGeek.com, Scott learned how to seek out viable prospects for raw land deals, make the right offers, close deals (often for pennies on the dollar), then sell those same parcels to interested buyers.

Scott and his wife, Erin, have been investing in raw land for 4 years. Scott was able to replace his income as a Physical Therapist in just 2 years, and he quit his job in 3 years. He now works as a PT just 1-2 afternoons a week, and he enjoys the luxury of working at home in his land business. Scott and Erin’s business has enabled them to spend more time with their 4 sons and to experience a degree of financial security that they would never have dreamed possible.

Scott is now a member of the Land Geek team, and he is passionate about sharing what he’s learned to inspire others to pursue their dreams of financial freedom through raw land investing. Teria Harris is one of the newest members of the team. She and her husband started out rehabbing single family homes. After a few successful projects, they realized it was not for them. The amount of time, work and capital was more than they could handle. Their love of real estate led them to Mark’s Art of Passive Income podcast where they immediately knew this was the right opportunity for them!

She signed up for Flight School alongside her husband and shortly thereafter, joined coaching. Which turns out to have been one of best moves ever! They began land investing in 2019. Within a year, they were able to build a successful land business and replace his income.

She is excited to share everything she has learned from personal experience, while in Flight School and coaching with up and coming land investors. She is an avid believer in “If she can do it, with the right training and determination – ANYONE can do it!” Get to know our coaching team

Our Journey So Far 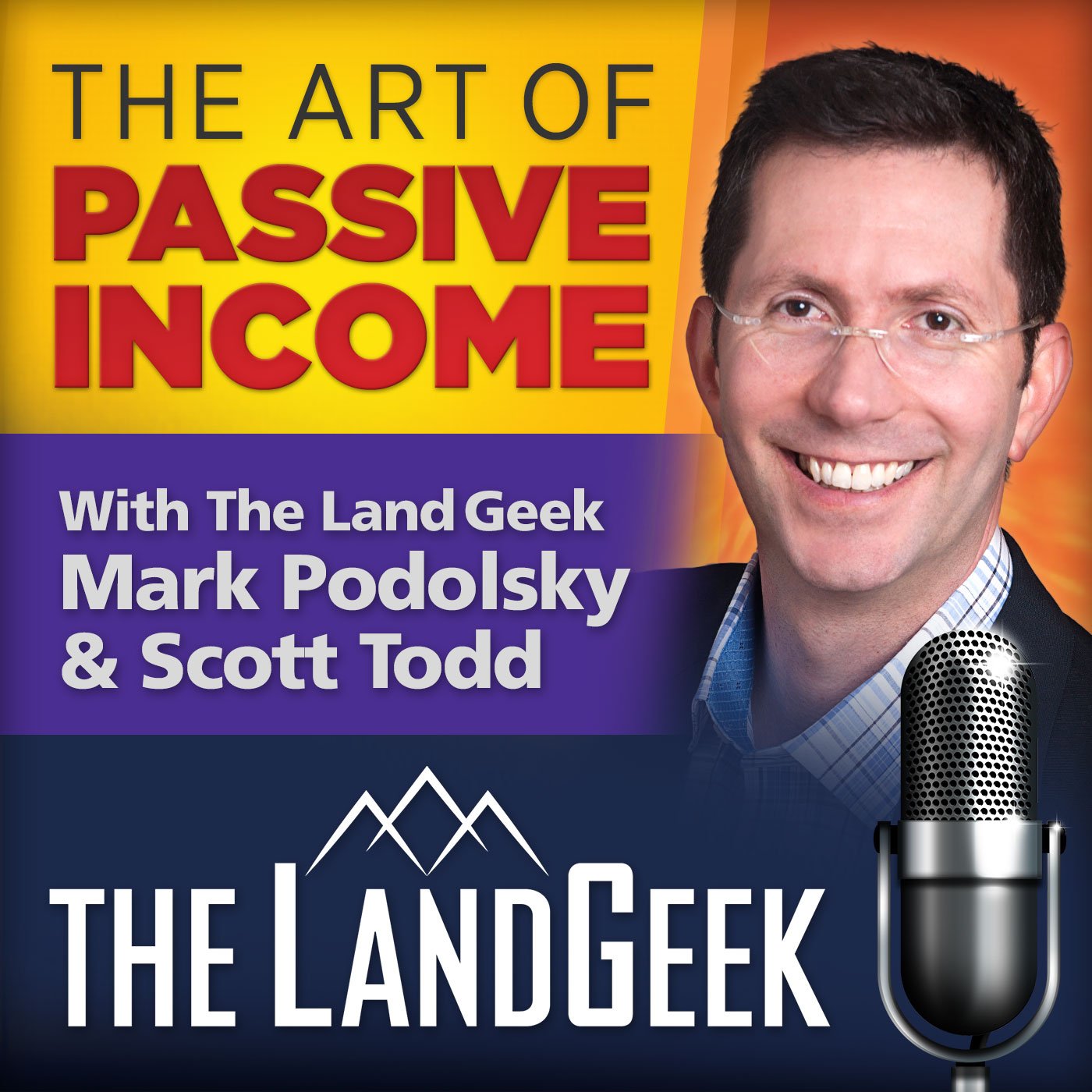